RSS
← Have I Offended You?
Beanbag Faith → 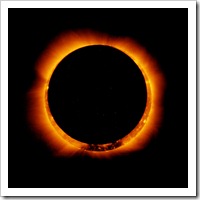 Luke 23 – ESV
44It was now about the sixth hour, and there was darkness over the whole land until the ninth hour, 45while the sun’s light failed. And the curtain of the temple was torn in two. 46Then Jesus, calling out with a loud voice, said, “Father, into your hands I commit my spirit!” And having said this he breathed his last.

Luke 23 – The Message
44By now it was noon. The whole earth became dark, the darkness lasting three hours— 45a total blackout. The Temple curtain split right down the middle. 46Jesus called loudly, “Father, I place my life in your hands!” Then he breathed his last.

There are so many things contained in these few short verses that we couldn’t possibly examine everything in this brief space, but I would like to take a look at three things:

First, let us take a look at this three hour period of supernatural darkness. Particularly in the Old Testament, darkness is associated with judgment. We see a physical manifestation of God’s judgment that has come upon Jesus – Israel’s representative, our representative, our scapegoat. This was not a judgment that He deserved, Himself, but it was expected. Jesus himself had spoken about darkness in Luke 22:53– “When I was with you day after day in the temple, you did not lay hands on me. But this is your hour, and the power of darkness.”

Second, we have the supernatural tearing of the temple’s enormous curtain – the curtain that separated man from God. Sin, and the complete abhorrence God has for sin, required that separation. Israel’s sin, man’s sin, our sin. Being in the presence of God would have destroyed us because of our sin. The tearing of the curtain, the removal of that very clear and distinct separation, makes it clear that something fundamental had changed.

Third, we have the final words of Jesus. “Father, into your hands I commit my spirit!” He didn’t say, “I quit.” He didn’t say, “I can’t do this any more.” He didn’t say, “I hope this is worth it.” His final words were not those of defeat, nor of despair. He knew that His death was not the end. Those words come from Psalm 31:5 – “Into your hands, I commit my spirit; you have redeemed me, O Lord, faithful God.” Christ knew His purpose, and willingly submitted to the wrath and judgment of God the Father, experiencing pain (physical pain to be certain, but even more so a spiritual pain that we cannot begin to fathom), culminating in His death, the moment of which He commits His very spirit to the Father from whom the judgment has come. John Piper writes this, “One of the great temptations at the hour of death is to believe that our death is a horrible blow from God and that therefore we are under his wrath and cannot commit our spirit to his care. Let us learn here from Jesus. His death was a horrible blow from God. He became a curse for us. But Jesus did not abandon faith in God’s love for him.”

Taking a look at these three points together – we have God’s judgment upon Jesus, the removal of the barrier between God and man, and Christ committing His spirit to the Father. These three points are interwoven and connected.

Let us also never forget that this is not the end of the story, but that Christ defeated death and today intercedes for us at the right hand of the Father. Can there be a more amazing thing for us to behold? Man sins against God, bringing God’s righteous wrath and judgment from which there is no escape only to have Him send His Son, who in complete obedience, becomes a man, without sin, for the purpose of taking that judgment upon Himself. Doing so, he dies a horrible death, in order to defeat death and reside with the Father until his triumphant return. What a promise! What a victory!

← Have I Offended You?
Beanbag Faith →